The motto of this year’s Blaue Nacht Nuremberg was “Heaven and Hell”. It made us think of opposites, forces or views that are completely contrary, which we used as inspiration for our Show KONTRA.

In KONTRA, the building narrates an encounter of two opponents. Each of them has been given its own audiovisual vocabulary.

One of the two protagonists expresses itself in a rather cold, monochrome palette of colours. Using low contrasts and serene movements, it comes across accessible and calm. Protagonist No. 2 on the contrary speaks a polychrome language. Using colourful, flickering, defined forms and clear, graphic gestures it gives a fast-paced and flustered performance.

Each Protagonist completely occupies the façade of the building for a few moments, making its influence on the viewer’s experience of reality clearly visible. The appearances of the two opponents seem like a struggle for the supremacy of each individual. Each “attack” is directly related to the previous one, but also develops its own style.

Hesitantly and subtly, the opponents soon begin to acknowledge each other’s audiovisual qualities and include them in their language. A closing of ranks is practiced as their two realities merge and create a new entity. 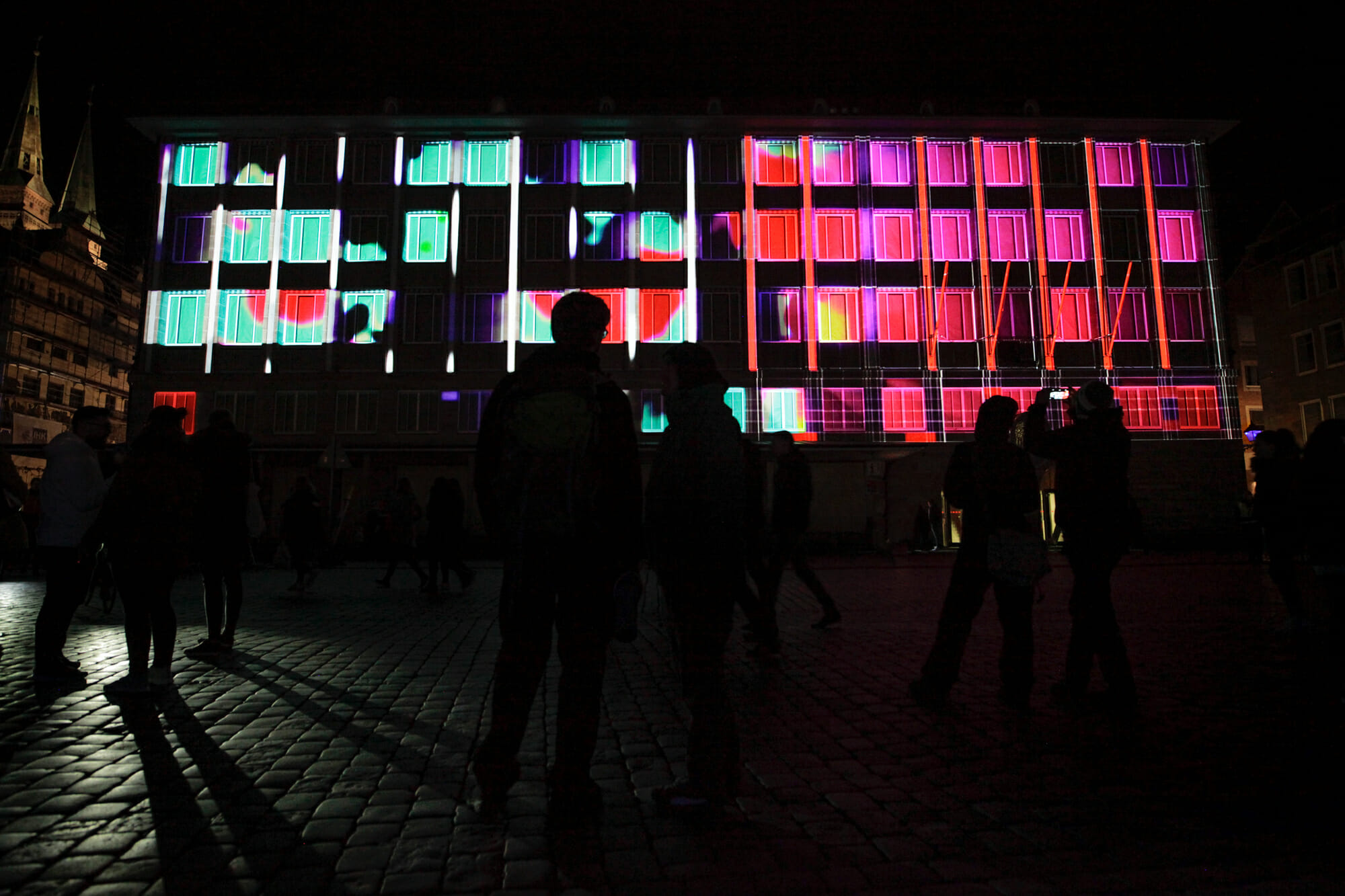 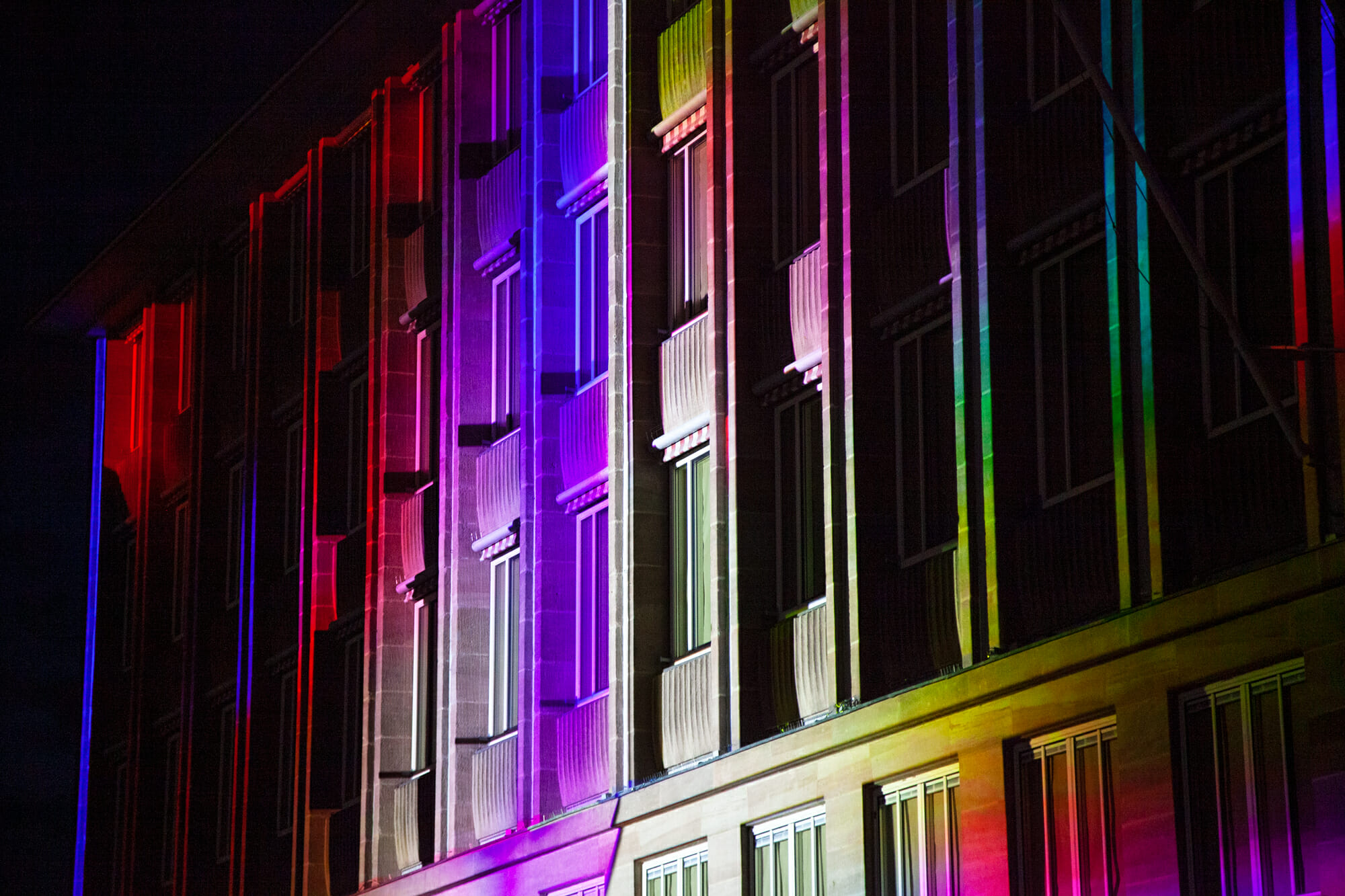 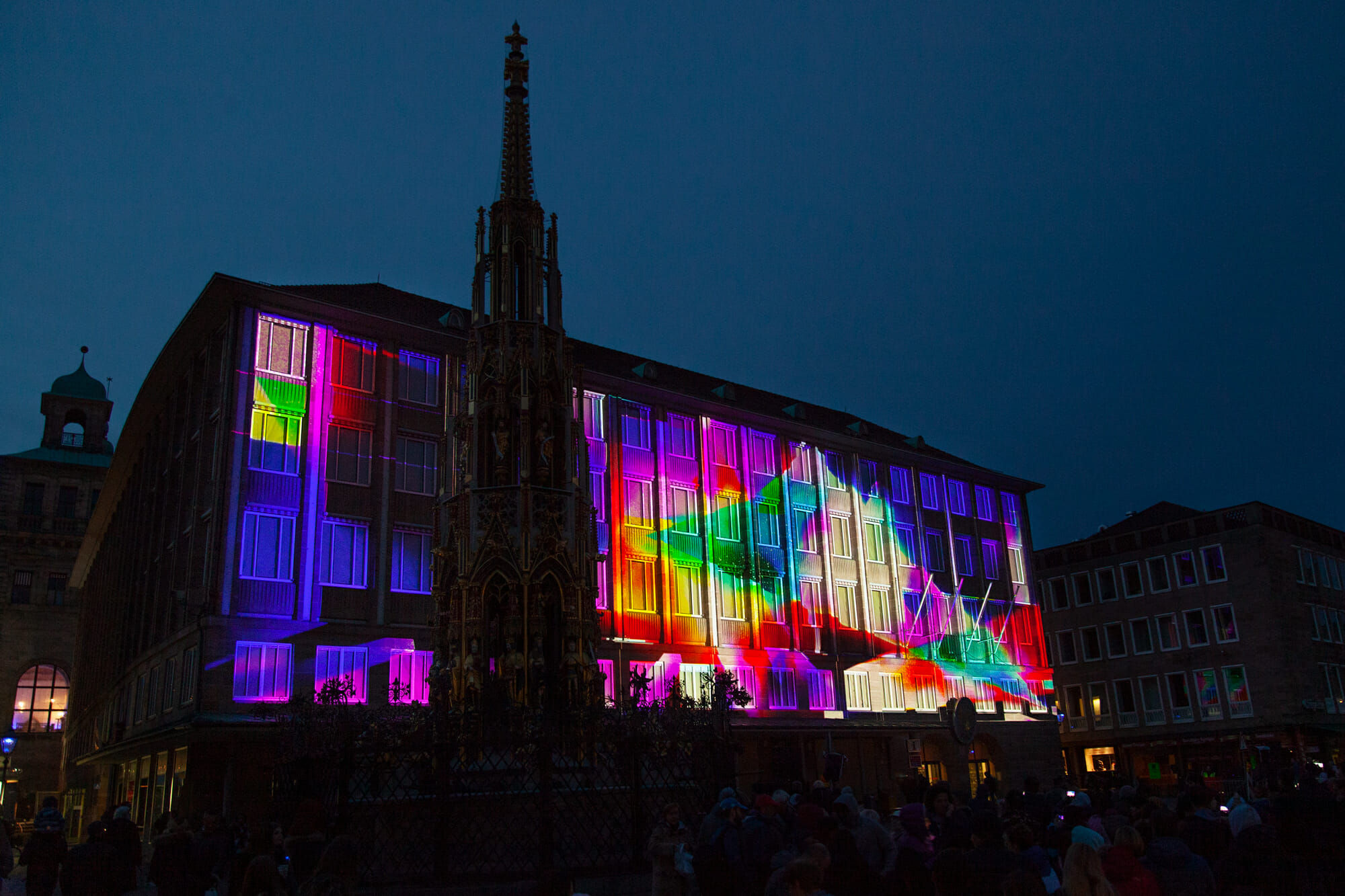 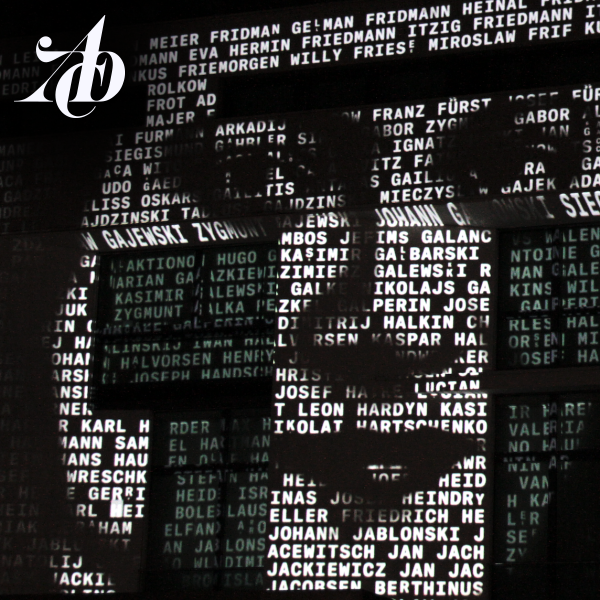 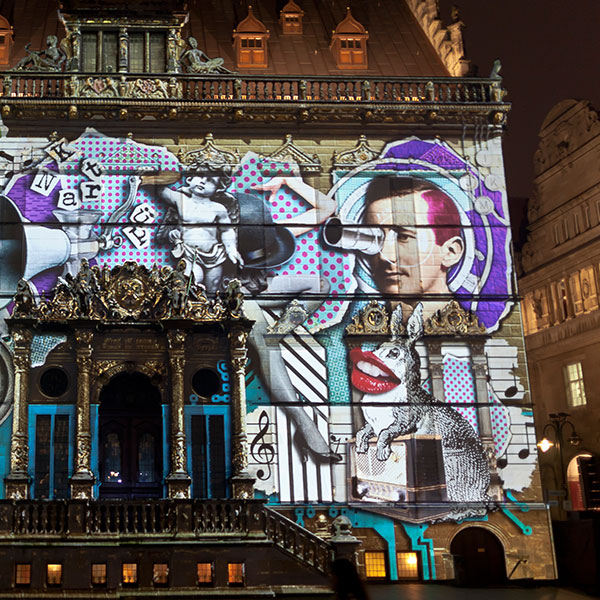 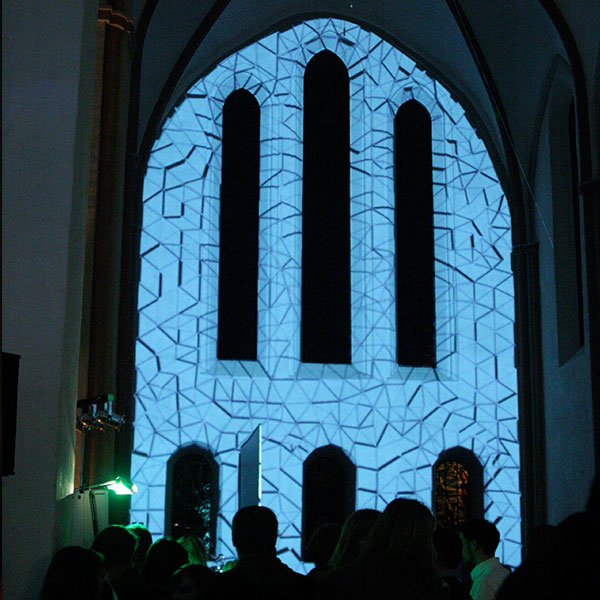 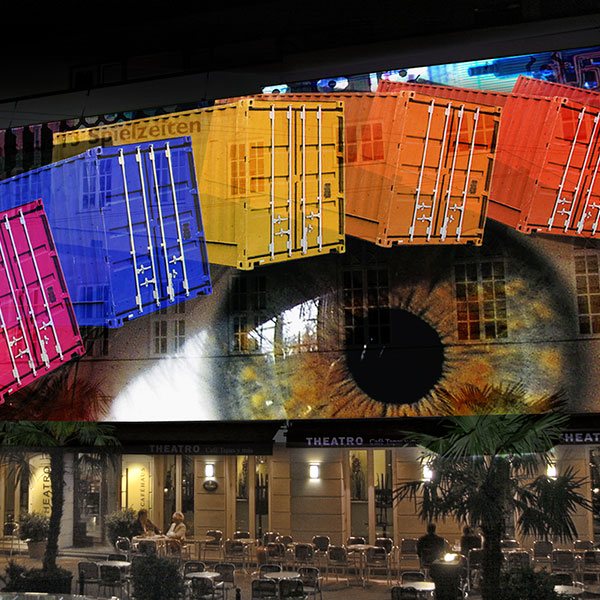 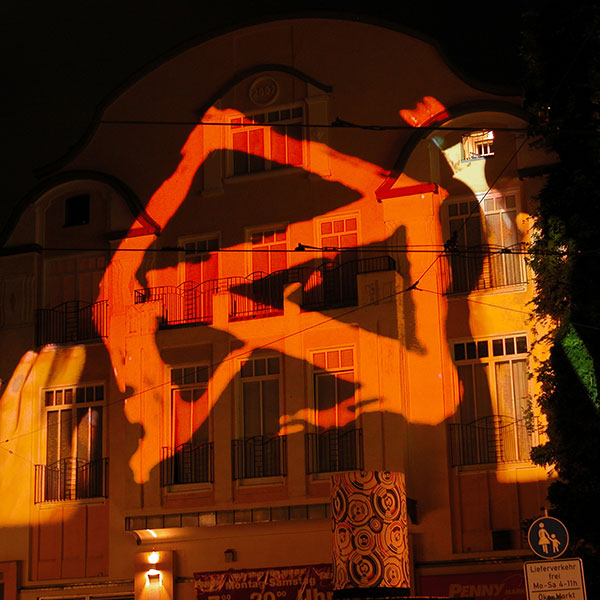 A meeting on the house's ledge